OLED vs QLED – Which Is The Better TV? 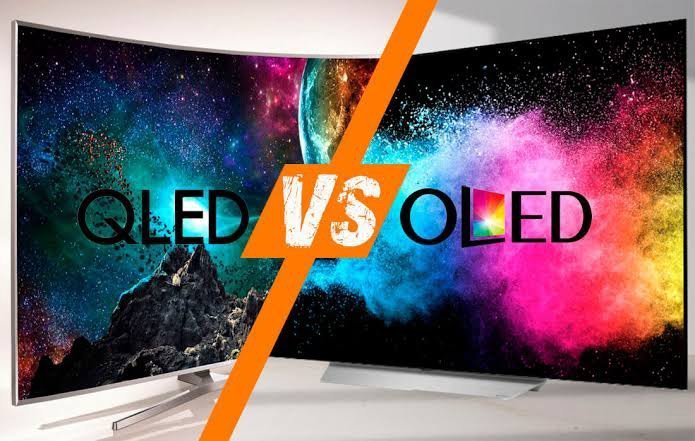 TVs have become more than just platforms through which we get information and stay entertained. Granted, they haven’t lost their fundamental functionality. However, over the last couple of years, with the technological developments that have deluged the infotainment sectors, and TVs in particular, they have become a staple for the modern home.

That being said, with the different types of TVs in the market today, it may turn out to be an arduous task to find the one tailor suited for you. As a result, you need to be knowledgeable about the different televisions available to make an informed decision. This article aims to do so, by pitting two of the more prominent TV types right now, OLED and QLED.

The fundamental difference between the two types is the means they use to display images. OLED is an acronym for Organic light-emitting diodes. From the name, it is easy to understand that the said TV uses light-emitting diodes to display the images. The diodes, which are tiny pixels, expose the image by emitting different colors of light. There are millions of them, and they work in tandem to this end.

QLED, on the other hand, stands for Quantum Dot Light-emitting diode. Unlike OLED TVs, the Quantum Dots present in QLED televisions do not emit their oven light. An LED back light provides the light that hits the quantum dots, which they, in turn, create their fluorescence, thus generating the colors required for the picture.

Having understood the means through which they create their light, it becomes relatively easier to establish the upsides and downsides of each type.

Advantages of having an OLED

One of the biggest upsides of having an OLED is the contrast the TV has. Its black level is second to none. Consequently, because of its ability to proliferate the dark colors, the bright colors are also accentuated. Simply put, the darker the screen, the higher the level of contrast. The science behind this simple phenomenon is the ability of the TV to completely shut off the diodes, thus creating the pitch-black color.

Advantages of having a QLED

Even though OLED TVs are darker and have a higher level of contrast, QLED TVs offer brighter colors and thus more detailed images. As a result, this type is ideal for brightly lit rooms, or if you have an eye for details.

Affordability and availability are other major selling points for QLED TVs. The smallest OLED TV in the market at the moment is 55 inches. That may pose a problem, not only in terms of space but also when it comes to the amount of money you have to pay. QLED TVs, however, come in a wide array of sizes, ranging from 43-inch ones to 85-inch ones. The largest QLED TV right now is the 98″ Q900 8K Smart QLED TV by Samsung.

The fluidity and potential of improvement for QLED TV are immense. More technology is being integrated into the TV, and thus the sky is the limit for this one.

The downside of OLED TVs

OLED TVs tend to have a shorter lifespan than their other companions. They cannot retain a still image for very long without imposing a shadow of it onto the next image, a phenomenon called burn-in. This occurrence is rare though, but the chances of it happening are proliferated when you spend a long period on one station with the channel’s logo sticking at the corner. When you happen to change the channel, a shadow image of the said logo is imposed onto the new images. Though the shadow will eventually fade away, it is a slightly unattractive sight nonetheless.

The downside of QLED TVs

As stated earlier, QLED Smart TVs do not have the same level of contrast as some of their companions. This is as a result of the grayer dark colors that sometimes appear to be washed out, creating a not so aesthetically pleasing look about the TV.

Which one should you go for?

As you may have noticed, each type of TV does have its upsides and its downsides. It is up to you to weigh them and choose one based on your preferences. All of them have something special to offer to you and your home, and so the choice is solely based on what you prefer.